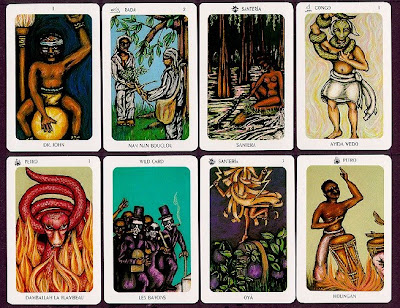 Darlings! The temperature has been dropping to the 30’s the last few days in Southern Florida and as you know, La Diva LOVES any excuse to make comfort food. While these crisp days are brief, La Diva likes to seize the opportunity to cook warming winter meals and decided it was high time I made a spicy voodoo gumbo. What does gumbo have to do with voodoo? Besides having roots in West Africa, not much! But, as you know, La Diva likes words that tickle your tongue and writing about the unique qualities and ethnic diversity of her beloved Miami! 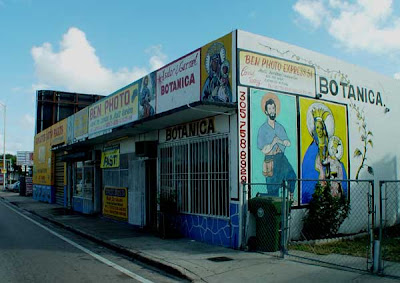 A botanica in Little Haiti (click HERE to learn more about this colorful neighborhood!)

Did you know that Miami has it’s own little enclave of voodoo priests and followers? With voodoo spreading from West Africa to Haiti back in the 16th century, it was only natural that the religion followed it’s Haitian immigrants to Miami. Around certain neighborhoods, parking lots and the intracoastal shoreline, an observant person can see the remnants of voodoo offerings including candles, chicken blood and feathers and bones. Indeed, “Little Haiti” boasts a number of botanicas where one can buy amulets, trinkets, candles, statues and other religious and spiritual items.

Now that I’ve got you in a spicy voodoo mood, mes chéris, are you ready to make de gumbo? Back in the 80’s La Diva had a friend that managed Cajun New Orlean’s chef Paul Prudhomme’s restaurant in New York, K Paul. He scored for me an autographed copy of the chef’s classic cookbook: Chef Paul Prudhomme’s Louisiana Kitchen.

This tome has served me well but it had been years since I made any dish from it as EVERY recipe started out with lard and a stick of butter. Darlings, these were the days when La Diva was silly enough to think you could cut calories and make a cheesecake out of fat-free cream cheese! I don’t do that anymore but I DO lighten things up when and where I can without sacrificing flavor or texture. 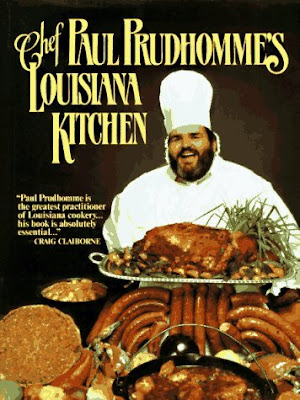 Here is the recipe in it’s original form but I made some changes to lighten it up and make it easier to prepare. 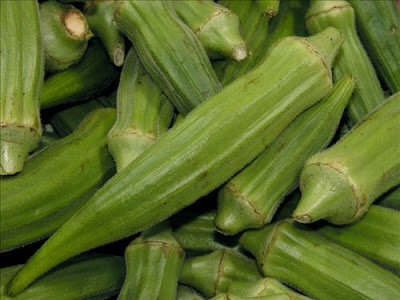 To serve, place a mounded 1/4 cup rice in center of each srving bowl; spoon 1 1/2 cups gumbo around the rice. Serve half that amount for an appetizer. 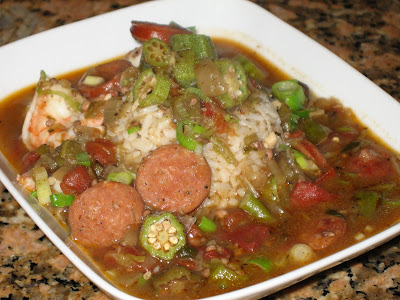 Result: DAMN GOOD GUMBO, yah! The gumbo was very spicy but for La Diva, just perfect, especially for a cold winter’s night. DJ Nevah L8 loved the heartiness and peppery flavors of the stew. The addition of the extra okra at the end is nice and lends a fresh texture to the dish. The extra half stick of butter was not missed nor the heaviness of using lard. There was no oil to skim off of La Diva’s version! The recipe makes a fair amount of this nourishing stew, so if it’s just for two, freeze some or be generous and share with a neighbor, they will love you for it. Au revoir mes chéris!