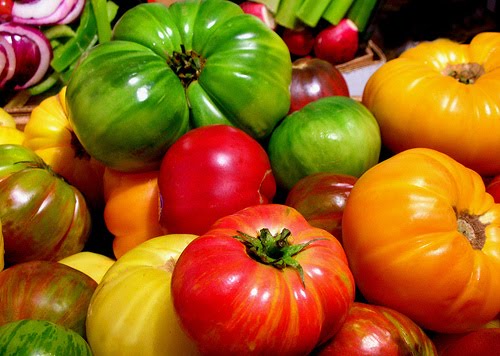 Darlings! La Diva has officially declared Mondays to be MEATLESS! Why? For a variety of reasons, darlings, and one of them is because I find weekend eating to be a bit more, ahem, caloric….
On many weekends in sunny Miami, La Diva is going to friend’s for barbeques, Sunday breakfast at the pancake house, experimenting on new recipes, participating in culinary throwdowns and of course imbibing in cocktails by the pool with her boys, all which contribute to La Diva taking in a lot of calories! So, come Monday, La Diva would like to kick start the week by lightening up dinner and preparing something vegetarian. Or meatless. (because I can’t guarantee I won’t use anchovies or fish sauce!)
Let La Diva be clear about a misconception: eating vegetarian does not guarantee lower calories. After all, an asparagus quiche loaded with cream, shortcrust pastry, eggs and cheese would certainly have more fat, calories and cholesterol than a lean cut of grilled meat and salad. But, for THIS Monday, I’m going to go with a dish that is light and fairly healthy and full of lycopene-filled tomatoes!
My Meatless Monday entry is:  Heirloom Tomato Tart with Home-made Goat Cheese and Mint! 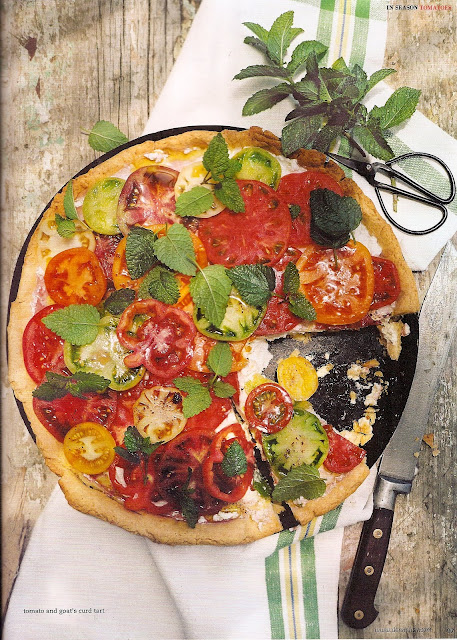 Colorful tomatoes From Donna Hay magazine Feb/Mar 2010
As summer was on it’s last breath during my recent trip to Sydney, Australia, tomato season was in full swing and  Australian food editor and best-selling cookbook author Donna Hay offered a wonderfully colorful spread about different tomato varieties in her summer magazine. The photos of this tart with the succulent and juicy looking heirloom tomatoes was just too enticing, so I had to try! 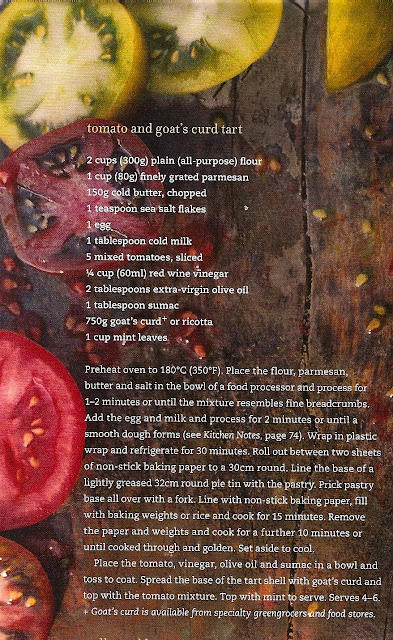 Clickety click to see the recipe, darlings!
I’ve been keeping South Florida goat farmer and cheese maker Hani Khoury’s  delicious goat cheese in my refrigerator for about a month now so it should have developed a stronger flavor which I think will pair nicely with the tomatoes.   Hani’s farm is in the Redland community and that’s where he makes his flavorful and natural  goat cheese along with traditional Lebanese dishes.  His freshly made cheese has a slight, cinnamon taste and is quickly becoming a favorite local product among chefs like Michael Schwartz of Michael’s Genuine. You can order Hani’s cheese and other home-made  Mediterannean delights from his website HERE. 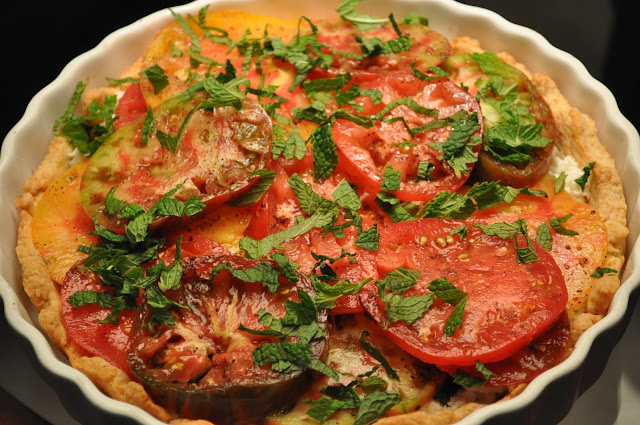 La Diva’s Heirloom Tomato and Goat Cheese Tart with Mint.
To be honest, La Diva was looking forward to making this tart all week.  Since the tomatoes were the main flavoring component to the dish, I was concerned about using regular vine tomatoes instead of organic heirloom ones and paid ENTIRELY TOO MUCH for five of them.  (No, you DON’T want to know….) I ended up using only half of them anyway.  As my quiche pan was four centimeters short of the the pan indicated, my crust went up the sides and was quite thick.
The recipe also said to “toss” the tomatoes in the dressing.  I didn’t think that was too practical considering they were very ripe and cut into delicate slices, so laid them in a bowl and seasoned each layer.  The recipe then asked for a whopping 750 grams (almost 27 ounces or 1 3/4 cups) of goat cheese, I used about half and it was  just fine. Likewise, I only used half of the mint and did a quick chiffonade of it instead of leaving it whole. 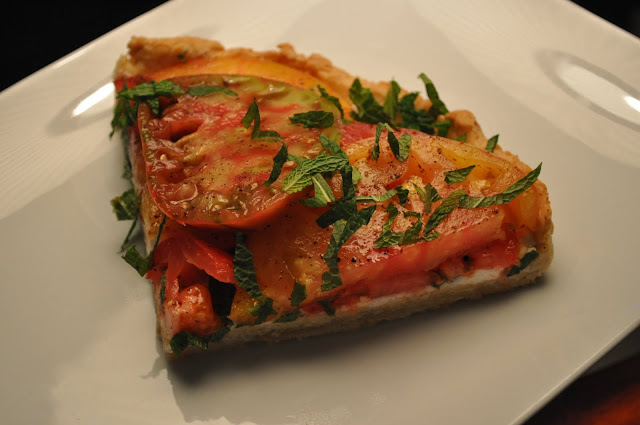 Go ON and CLICK on the photo, darling, you won’t be sorry!
RESULT:  A very juicy and tasty dinner for a Meatless Monday. I really loved the thick shortcrust pastry and the parmesan cheese really came through in a delightfully pungent way.  The tomatoes were very juicy and their flavor was further heightened by generous sprinklings of good quality sea salt.
I must admit, DJ Nevah L8 was none too thrilled to come home to a tomato tart for dinner but after witnessing the evil look I threw his way while sarcastically suggesting he go to MacDonalds if he didn’t like it, he soon became a bit more open-minded to the dish and actually ate his whole piece!  (He’s still here watching TV, so has not sneaked out for a burger….yet.)
I think this would make a really lovely brunch dish in the late summer when local tomatoes are plentiful in most states, but obviously fresh and ripe tomatoes are the key.  With the wetness of the fruit, I’m not sure how well this would keep until the next day, even with the thick crust.  I guess La Diva will find out tomorrow!
Ciao, darlings, and HAPPY MEATLESS MONDAY!cooking class, cocktails, parties, cocktail party, Miami, coral gables, events, bartending class, cocktail class, Laura Lafata, Miami Beach, miami cooking classes, bachelorette parties, bachelorette party, personal chef, corporate events, catering, personal chef, party entertainment, www.ladivacucina.com, top chef