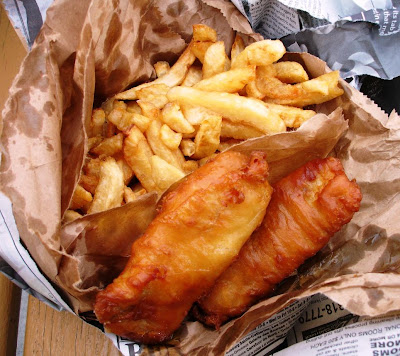 (Click on the photo to see all its crispy tasty delightfulness!)

Darlings! One of the things that La Diva LOVES MOST about Sydney is the food. (naturally!) From farmer’s markets, upscale restaurants, take away shops, Chinatown food courts, incredible seafood purveyors, night-time Asian noodle markets and even small beach kiosks, FABULOUS FOOD is available everywhere in Sydney! And because the city is a cornucopia of cultures and is surrounded by the sea, fresh produce, myriad ethnic delights, a huge variety of seafood and of course, fabulous wines and sparkling are plentiful in the Land Down Under. Lucky local gastronomes and gourmets are giddy with choice!

The first thing La Diva wants to partake in when I get back to Ol’ Sydney town is to devour a HUGE sack of fish and chips! Hot, crispy, succulent and juicy, there is NOTHING like eating this Sydney staple seaside with plenty of salt and malt vinegar while quaffing down a refreshing local brew like the Tasmanian produced Cascade lager. Ahh…. 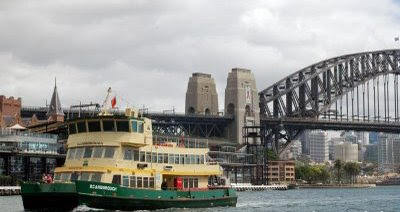 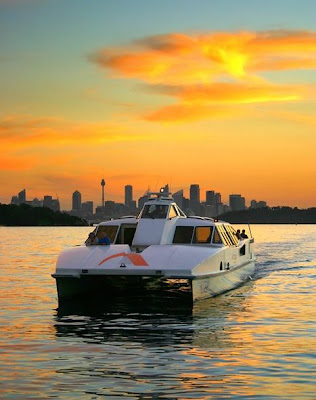 (view of Sydney from Jetcat ferry en route to Manly)

When I lived in Sydney, one of my all-time favourite places to eat fish and chips was at Watson’s Bay, which is located in the Eastern suburbs and situated on the harbour. As Sydney enjoys an extensive and convenient public transit system and as there are so many beautiful harbour and bay destinations in the city, a very practical way to get around is via the Sydney ferry system, which departs out of Circular Quay and goes to a variety of locales. A VERY PLEASANT way to spend a sunny day is to take the ferry from Circular Quay (or a water taxi!) to Watson’s Bay for lunch, a short jaunt from Sydney’s central business district. 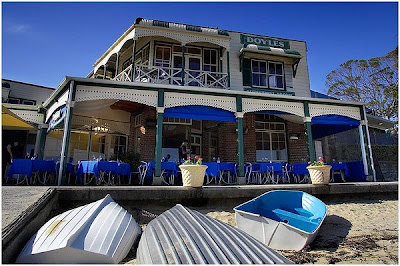 La Diva and her sidekick, DJ Nevah L8, used to love going to Watson’s Bay and eating at Doyle’s where one can partake in an upscale lunch of Sydney rock oysters and champagne right on the beach or get some take away fish and chips and eat it on the park lawn as a picnic. 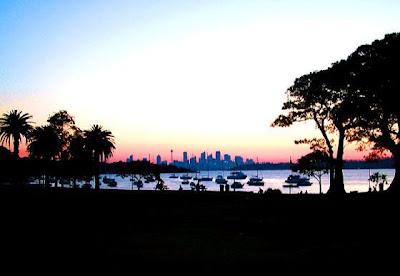 Historic Watson’s Bay is quaint and beautiful in itself but is also well known for its spectacular view of downtown Sydney. We spent many hours loafing about on the lawns, drinking wine and feeding the seagulls. (yeah, try and do THAT in a public park in the States and the cops will be on you STAT! NO alcohol, no fun! Australia is very civilised that way!)

However, for a truly dramatic and striking vista, take a walk over to the Gap, and take a gander out towards the deep blue sea and watch the crashing waves from the cliff tops. Ahhh…the violent churning of the ocean is mesmerising and invigorating! 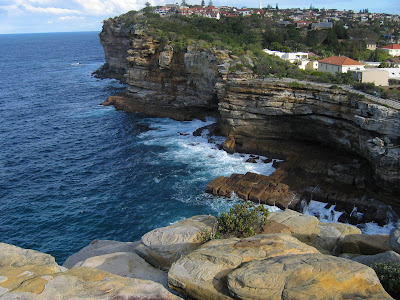 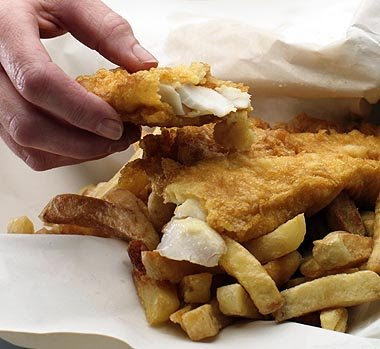 La Diva wants to know: What food or meal is it that you crave and gets you drooling just thinking about it from places you’ve visited? I would LOVE to see your comments!!!