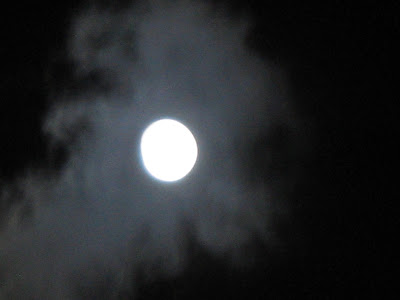 Darlings, did you get to see the glorious full moon last night? La Diva’s sidekick, DJ Nevah L8 took this photo from our balcony last night as it rose over the sea. Apparently it will be the biggest moon of 2009 but not as large as the one on December 10, which was the largest of last year. This happens because the moon does not revolve around the earth in an even circle but instead it follows an elliptical path, bringing it closer to the earth. The moon will appear 14% bigger and 30% brighter. Relish it before it wanes!