Darlings!  Welcome to La Diva’s little green garden!  My small plot is part of a community victory garden on South Beach that I was lucky to be assigned last May.  After a brutally hot, steamy and rainy summer, along with the negligence resulting from my leg injury, La Diva wasn’t feeling too hopeful about achieving any success with my dismally overgrown  plot from summer.
But after enriching the soil twice with organic compost, time, love, water and a nice dash of fish fertilizer, my garden is really coming along nicely! 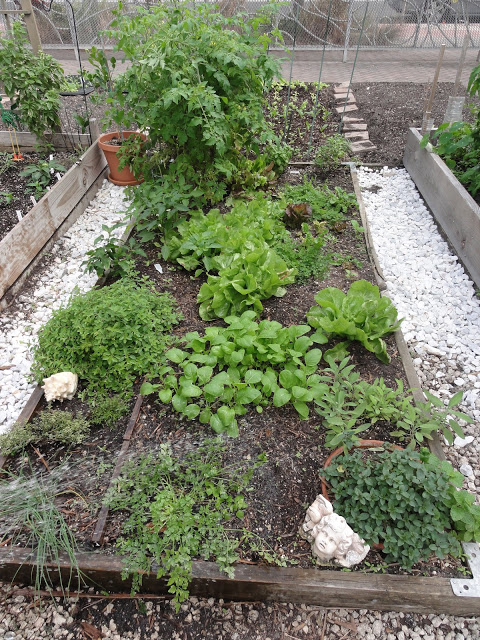 My herb and salad garden:  bottom left corner clockwise chives, lemon thyme, thyme, marjoram, jalapeno peppers, cayenne peppers, heritage kung pao chilies, baby tomatoes, basil, Thai basil, spinach, assorted lettuces, sage, peppermint and spearmint and Italian parsley.  The middle from the bottom has komatsuna, escarole, mini bell peppers and assorted leaf lettuces!
Besides the rainy, humid summers, Southern Florida gardeners have to contend with harsh winds from tropical storms and hurricanes, poor soil quality and salt from the ocean, my garden is only one block away from the sea!
Because of the sub-tropical climate of Southern Florida, vegetable gardeners find a lot of success growing Asian varieties like komatsuna, mizuna,  and yukina savoy.  Also popular are Caribbean vegetables like amaranth (known as callaloo) calabaza (a pumpkin variety) and red sorrel. 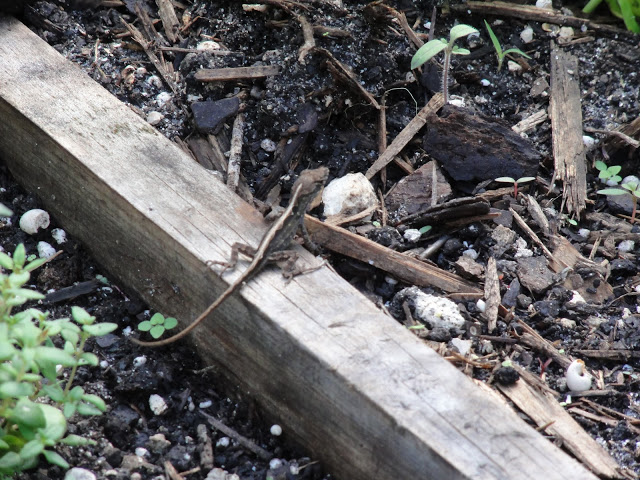 A tiny anole scampers about my garden!  They are pretty fast critters, I was lucky this one stayed still long enough for a photo!
You see, I’m from Michigan and the growing season there is very short.  This does not stop, however, farmers around the state having huge success in their harvests and I’ve eaten many an ear of Michigan sweet corn, beets and tomatoes from road side stands by my dad’s house over the years. 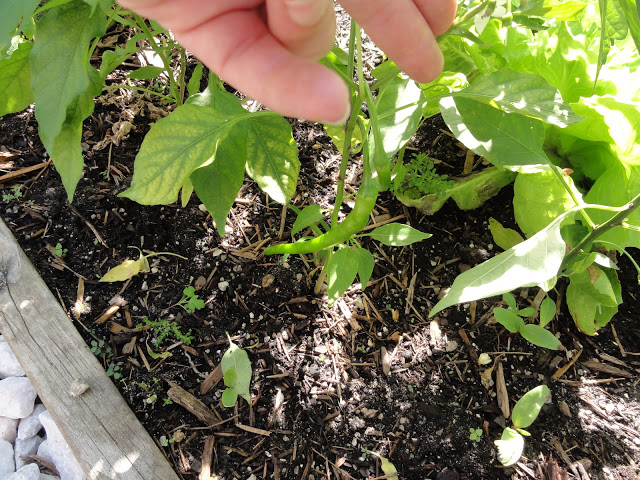 Muy caliente! Cayenne pepper
When I lived in Chicago, I had a beautiful garden out back on one side of the yard I shared with my neighbors.   Obviously, I was already well versed on what would grow as its the same climate and zone as Michigan. One year, I grew giant sunflowers that a cheeky little squirrel would sit atop, stuffing his mouth with the seeds in late August. 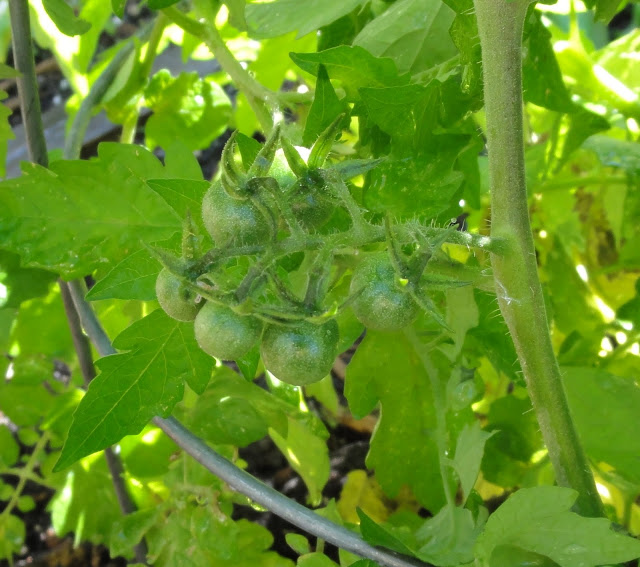 These little tomatoes are tiny and super sweet.  I have a number of flowers and clusters, I’m just waiting for them to ripen now.
Then I moved to Sydney, Australia and got the shock of my life.  I saw vine-like geraniums so big that they were growing up the side of telephone poles!  I marveled at HUGE rhododendron and azalea bushes as high as a house!  I had NO IDEA that those plants could actually get so large, but having a longer growing season, mild winters and not a lot of frost or snow all contributed to this. 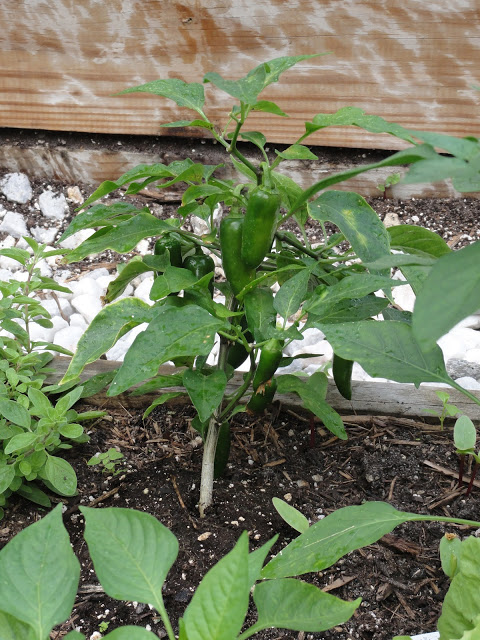 My little pepper bush is laden with jalapenos.
It was quite the change to move from the climate of  the northern midwest of the United States to downunder Australia that boasted a temperate climate! I had to relearn plant varieties, when to plant and how to maintain a garden. Also, the sun is extra harsh there, so native drought resistant plants, like kangaroo paws were quite successful.
Southeastern Australian gardeners have to contend with harsh sun, drought-like conditions or an over abundance of rains, bushfires and strong winds.  Some Australian flora have adapted to the harsh conditions by actually being germinated when heated by bushfire, like the flannel flower or banksia bush. Fire is also a key component to germinating some California native plants. 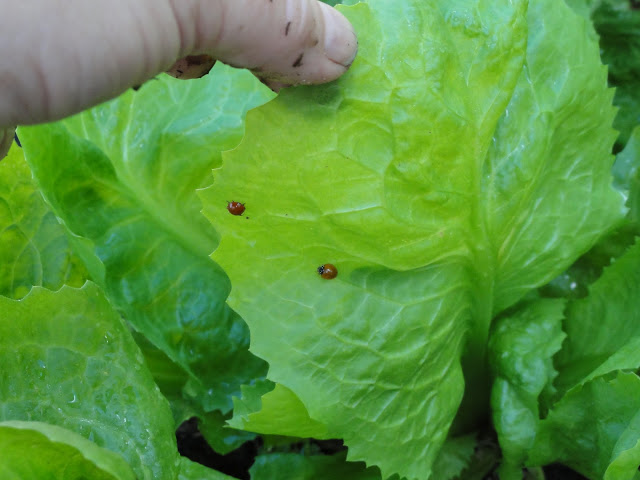 Hello my little ladybugs.  Thanks for stopping by and keeping nasties away from my garden!
Back in the midwest, I was used to early spring flowers of crocuses, forsythia and narcissus.  But Spring in Michigan and Illinois is in April, and now I was living in Sydney where Fall is in April!  Everything was confusingly back to front!  If I wanted to enjoy bulb flowers or lilacs, I had to go up to the Blue Mountains where they enjoyed a higher elevation  and cooler climate blooming in September! 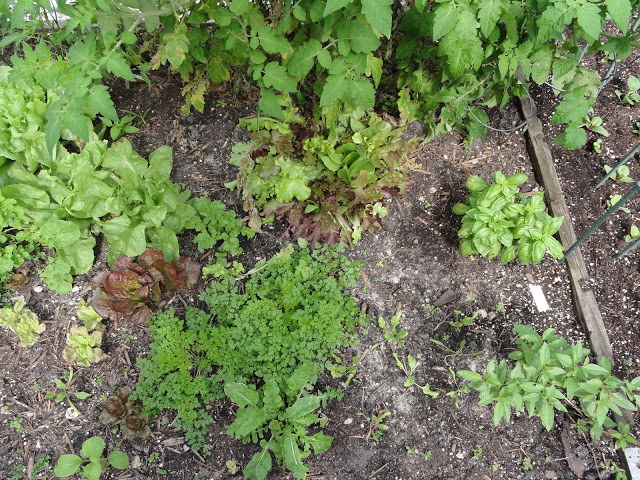 Just below my tomatoes is a clump of organic baby lettuce I bought at the farmers market a few weeks back.  Small spinach sprouts are on the bottom right and left of it is chervil, a lovely fern-like herb with a subtle licorice taste.  The lettuces are Red Cherokee, Black Seeded Simpson, Arugula and escarole (at top left.)
At my last house in Sydney, I had a large yard and planted a wonderful herb garden and a cutting flower garden.  I was lucky the yard was already adorned with a large mulberry tree.  Just when I thought I had a handle on gardening in Sydney’s climate, we moved to Los Angeles, and I was going to be gardening in another climate altogether! 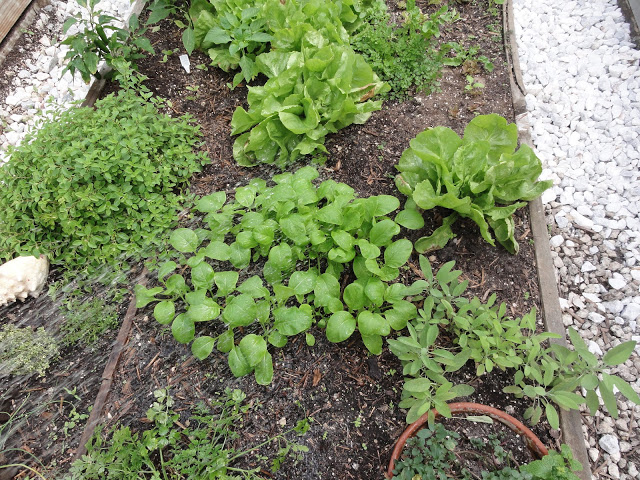 In the middle is komatsuna, a Japanese green that is slightly bitter and great in stir fries.
I found gardening in Southern California to be the easiest yet.  I remember enjoying loooong sunny days, not a lot of humidity, cooler nights and dry summers, wet winters.  As I lived in apartments without a yard, container gardening was the way to go. 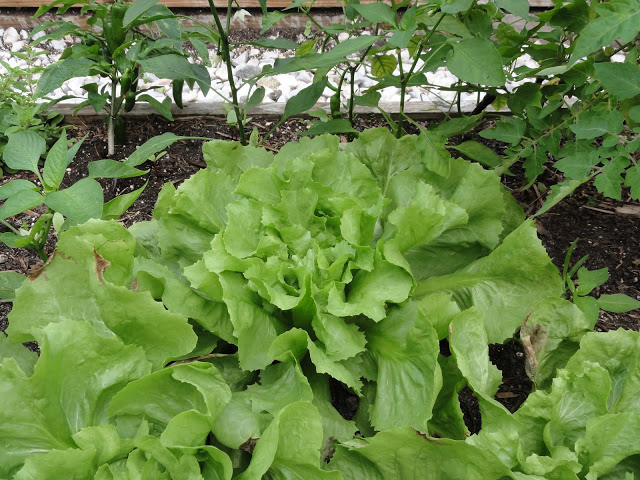 The escarole did very well here in Southern Florida!
I had bought a dwarf Eureka lemon tree for a container and actually saw fruit!  My window boxes were so bountiful, colourful and beautiful that I actually sold them when I moved to Florida.  Each one had coleus, fragrant alyssum and the exotically gorgeous fuchsia, which attracted hummingbirds and one giant, black carpenter bee that I donned “Blackie.”  Blackie would come by daily and would buzz about the yard haphazardly, like a drunken sailor.   I can actually say that I miss my Blackie here in Miami! 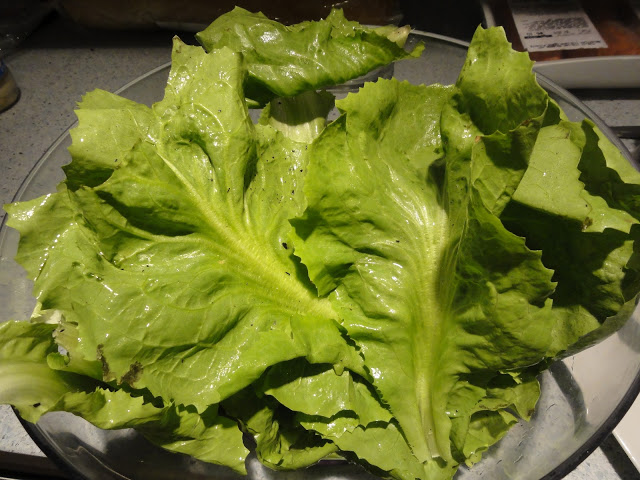 Just picked from my garden, this escarole was so crisp, fresh and sweet!
Southern California gardeners deal with the unforgiving Santa Ana winds, fire and lack of rain to an over abundance of rain at certain times of the year.  Still, it was my favorite place to garden and I used to love driving through Malibu to see the sides of the cliffs covered with nasturtium or vibrant pink or orange ice flowers.  And each Spring, The DJ and I would travel to Antelope Valley to see the wonderfully vast displays of bright orange poppies blanketing mile after mile of rolling hills!  It was truly a breath taking sight! 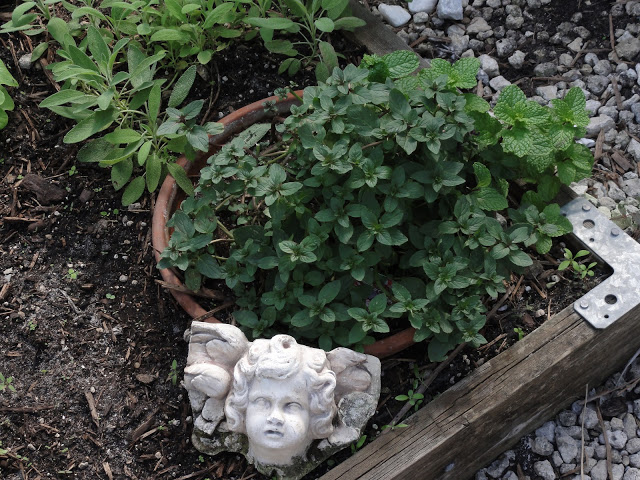 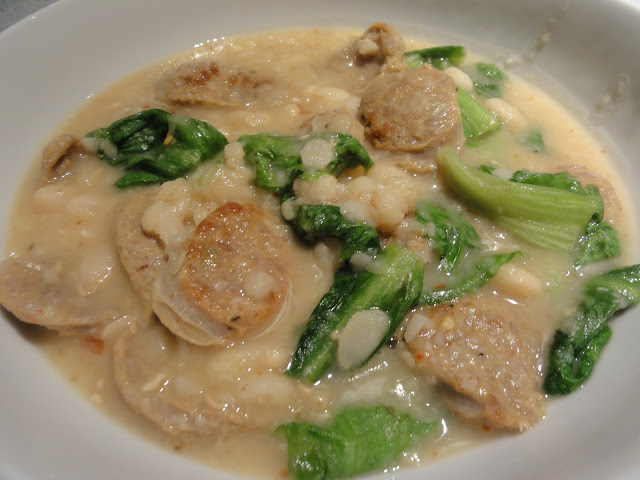 An Italian classic:   white bean soup with escarole.  I like to add sliced, browned, spicy Italian sausage with mine.  Some say escarole is too bitter but straight from the garden, it’s much more subtle in flavor.  Also, the escarole leaves stand up to cooking much better than spinach or even arugula.
Darlings, do YOU garden?  What grows best in your area?  And what challenges do you face?  Tell La Diva all about it!  Ciao for now!