Darlings, even though La Diva has many successes in her cucina, she sometimes experiments with dishes that go horribly wrong. And who pays the price? Usually poor ol’ DJ Nevah L8, my faithful and patient sidekick! Though this is a BIT of an exaggeration for THIS dish, La Diva wanted to share her experiences with you, my dear readers, so that you know I’m a mere human and not SuperChef!! However, do keep in mind that you don’t get to be a good cook without trying new things, so don’t ever let the chance of failure stop you from trying! Now, let me tell you my tale of woe.

I recently ran a post about how to utilize the odd tropical fruit, the canistel or “egg fruit” and asked readers for suggestions on future uses, especially for savory dishes. I received a comment from another blogger, Java Junkie with a great idea. Since the canistel was similar to pumpkin in texture and mild taste, she suggested I use the canistel to make a ravioli filling. That sounded yummy and all I had to do was wait for the canistel to ripen!

Well, that day came yesterday and so I gathered the fruit and ingredients I thought would make a good ravioli, rolled up my sleeves and got started. To begin, we must get the fruit away from the peel. This time, I simply peeled the soft fruit with a peeler, cut off the stem and removed the seeds. Much easier (and less messy) than my last attempt to scoop the fruit out! After mashing it in a bowl ( I got about 2 cups of fruit), I added one small container of skim ricotta cheese, sauteed minced garlic, a dash of nutmeg, garlic salt, s & p and about a half a cup of grated parmigiano cheese. I tasted the filling and while the taste was pleasant, I felt it was still a bit too sweet for my personal tastes. As I’d already invested this much time, La Diva was willing to give it a shot anyway! I kept goin’…. 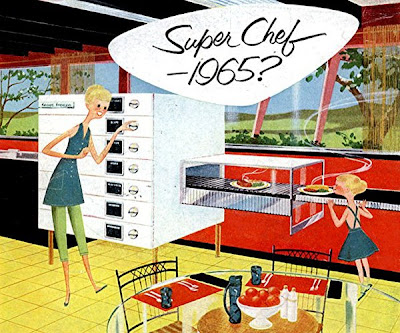 Before I started making the ravioli, I put a pot of water on to boil. As La Diva does not “do” dough, I thought I’d try some pre-made “pasta” sheets I’d bought at the grocery. I’d heard of using wonton wrappers for ravioli but discovered Leasa Pasta Wraps instead. The label states can be used for “spring rolls, egg rolls and cannoli.” Right. The fact that the brand puts cannoli AND egg rolls in the same category should have been fair warning! Yet, I continued…

I took out a sheet and cut it into quarters. Using a 1 inch scoop, I put a scoop of the cheese and canistel mixture into the center of each and with a pastry brush, wet the sides of the dough with water. I folded over into a triangle and pushing all the dough together so as not to leave any air pockets. I also crimped the edges with the tine of a fork, this was quite a fiddly and time-consuming process. So, I only made enough for a meal for tonight, intending to make the rest the next day. I put the finished ravioli on baking paper and got started on the sauce. So far, so good, this was going to be delish!

Now, it was time to make the sauce. I took a small chunk of pancetta and cut into very small dice and then crisped in a bit of olive oil. I added some dried sage leaves and fried, added a good size knob of butter and then kept on a very low heat. Meanwhile, I carefully placed the ravioli in the boiling water, set the timer for six minutes and reduced the heat to a simmer so the rapidly boiling water would not break them open.

After carefully removing the cooked pasta and draining, I added to the butter pancetta sauce in the pan and gently spooned the sauce over all the pieces. I served them up in a pasta bowl and grated more parmigiano cheese over the top.

Result: Meh. While the taste of the ravioli filling was nice and the sweetness of it had mellowed a bit by the boiling water, I HATED the texture of the “pasta.” I should have known better. Being of Italian heritage, La Diva just can’t bring herself to compare Asian pasta with the rustic and dense texture of Italian pasta. The wrappers were slimy and thin, just like you get when you bite into a wonton in soup. Don’t get me wrong, darlings, La Diva LOVES Asian food, as you know, but I don’t think the Asian style of pasta can ever really be substituted for the wonderfully dense egg pastas made of duram wheat semolina or flour.

Being the “texture” person he is, I was totally surprised that DJ Nevah L8 liked the dish. He ate it up quickly while complimenting me and asked for another bowl! Wow! Me, I was sorry I wasted the calories and butter on something so unsatisfying. 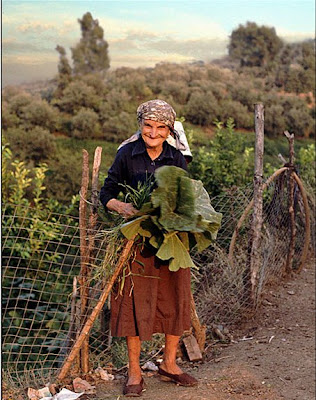 I think for the next time I will attempt to make my own pasta dough. Heck, little Italian ladies have been doing it by hand for centuries, so the fact that La Diva doesn’t have a pasta machine should be no excuse! As for the canistel filling….it WAS nice but still a bit rich and sweet for my tastes. I COULD have taken a clue from Lidia Bastianich as I recently saw a pasta dish she prepared where she sprinkled some cinnamon and sugar on home made gnocchi and served it with a pancetta butter sauce . However, I was thinking that I could take the rest of the cheese mixture and find a recipe for a cake that calls for ricotta until I realized I’d already put garlic in the mixture! So, no getting around it: unless I want to waste all that lovely canistel, I better make me some ravioli dough STAT! I’ll let you know how that goes, darlings, but in the meantime, keep on being fabulous, no matter what!!! Ciao!